Drone Pilot as a Profession

At DroneBase, one of our founding principles is that being a drone pilot is a profession.

When I was first trying to hunt down anyone doing commercial drone anything several years ago in Los Angeles, the drone space was very “Homebrew”. Mostly, I would stumble onto ex-construction workers in their home garage, a few ex-realtors working out of their back-office, or ex-miners literally flying out of a truck bed. Our equipment was as homebrew as the space: we were assembling, soldering, wiring, lightly programming, and flying our own home-made, 3D-printed, and kit drone systems (Flame Wheel, anyone?). Building your own system was great for understanding the hardware UI/UX and avionics of a drone system, but not so ideal when the wire you soldered broke loose mid-flight and the drone turned upside down in front of a customer.

In the past few years, it has been incredibly exciting to watch the pilot community migrate from 100% hobbyist to a small minority who were able to fly drones as a part-time side gig, to 2016 when some pilots converted ‘drone pilot’ into their full-time profession. At DroneBase in 2016, we are incredibly proud that some drone pilots have built a full-time profession entirely from our product. Many, many more have used DroneBase to augment their income and sharpen their skills in the space.

Since 2015, we were only able to interact with drone pilots when we had a full ‘client mission’ for an enterprise client in the space. With our DroneBase Pilot product, we now have over 1,000,000 commercial tasks you can do with your drone. These ‘missions’ are simple, located conveniently near your work or home, and should only take 10-15 minutes to complete. Our goal is that drone pilots integrate their drone as a critical tool in their daily life (“the toothbrush test”): we want pilots carrying their Mavic around, ideally knocking out 3-4 DroneBase “pano missions” on their way home from work, even more ideally getting paid for their flights before they go to bed that night.

At DroneBase, we have a deep respect for pilots who have invested in their equipment, skills, and business, while still recognizing the vast, vast majority of future, professional drone pilots are most likely still hobbyists, enthusiasts, part-timers, or high-schoolers. Being a ‘salty veteran’ in the drone space means you’ve probably been active for 2-3 years (…"back in my day you had to pull down telemetry logs from Mission Planner to geotag”). In 2017, whether you are looking to double-down on being a drone pilot as your profession or just looking to augment your part-time income with DroneBase Pano Missions, we look forward to working with you next year and beyond. 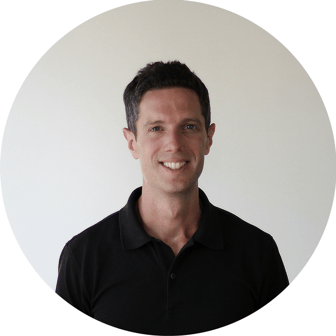 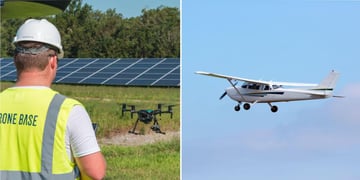 Solar Expansion: Why Combining Manned Aircraft and Drones for Aerial Inspections Is the Way Forward

Previous PostDroneBase Pilot Spotlight: Brian in Phoenix
Next PostGetting the Most out of your Aerial Imagery